Craigslist: A Picture Is Worth A Thousand Misspelled Words

I've written past tutorials on Craigslist and the art of selling successfully in my 101 and 101 Part 2 write ups. This last week, I conducted a little experiment to see if my tips really made a difference. I saw yet another ad for bulk LEGO using the Craigslist photo uploading service and it looked something like this. 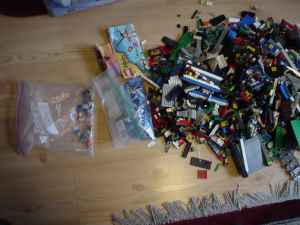 There were 3 more frustratingly small and unhelpful photos attached. But the price was reasonable at $50. No other description was provided and we couldn't really make out what we were buying but we decided to take a chance. It turned out to be a decent haul at around 20 lbs of LEGO and we went through our usual cleaning process, adding in a dishwasher rinse cycle as well. Then we threw out all the non/fake LEGO which left us with 14 lbs which was a bit disappointing.

But it wasn't Star Wars LEGO. Lots of Classic Space and other great pieces but really, not things that interested us and I didn't have the energy or interest to keep it. So, I decided to re-Craigslist it. Only this time, I included lots of description and bright, full photos like this: 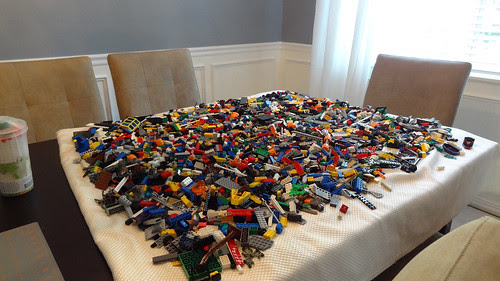 And closeups of the Minifigures, wheels, plates, etc. 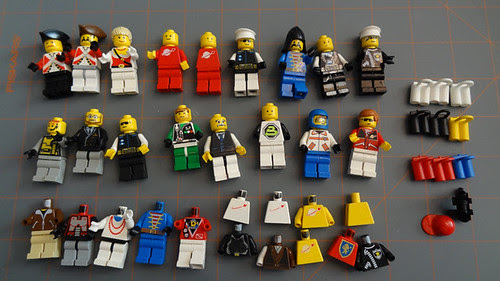 And I changed the asking price to $85. It sold within several hours of posting to a very happy couple with a 9 year old boy.

On a completely different note, I had one of these for breakfast a few days ago. My arteries are still recovering.

That Feather Is Doomed

My kitten has gained 6 ounces in the last 3 weeks. She's a beast now. And she can jump! I think James and I are used to the much slower reaction time of our senior cats so we were a bit taken aback by Lucy's enthusiastic and spastic responses.

Today is International talk like a Pirate day. Not sure why we need a day like this but I'm pretty good at it. I just try to speak Elizabethan and out comes pirate gibberish instead. Of course, this disgusts my Renaissance Faire connoisseur husband.

Anyways, last weekend we stumbled across an amazing Lego find on Craigslist. I shared some photos of the washing, drying and sorting process. In addition to the 20 lbs of loose Lego, we bought 3 used sets. James rebuilt them to make sure there were no missing pieces. 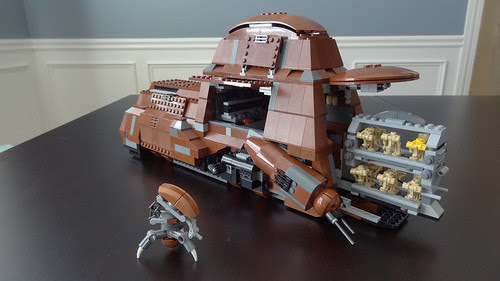 Unfortunately, it's not 100% complete. There are about 8 special battle droids missing but since we don't intend to resell, it shouldn't be a problem. 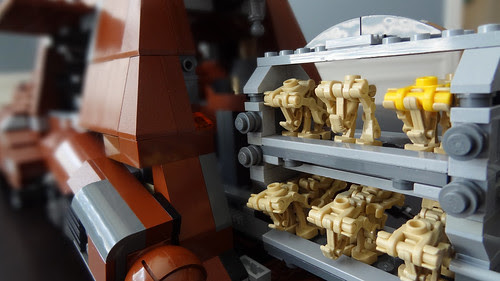 This is the Tantive IV (10198) aka Rebel Blockade Runner. It was the ship that carried Princess Leia, C-3PO and R2-D2 in Star Wars: A New Hope. Originally released in 2009 for $149.99, it has yet to be retired so you can still purchase it for the retail price. We paid around $50 but it is missing all the mini-figs (about 5 of them). 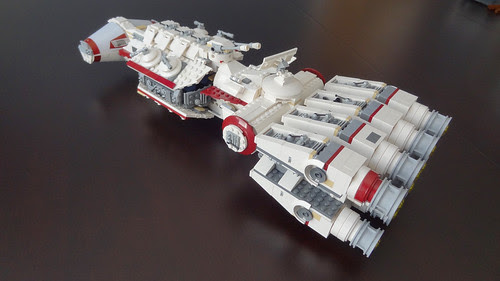 Kind of an awkward looking ship but it has lots of fun compartments and escape pods and the thrusters are pretty cool. 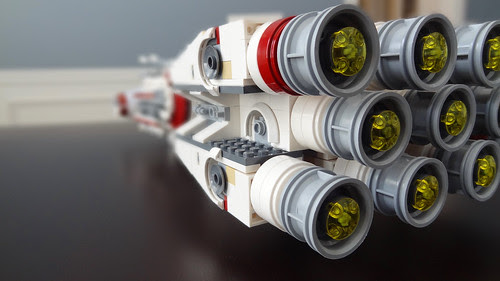 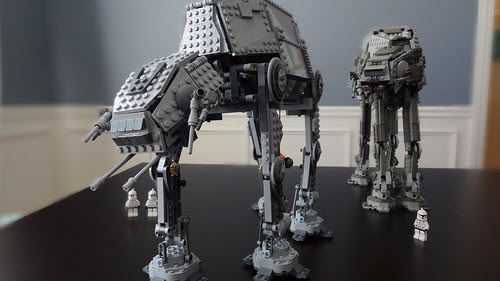 Aren't they gorgeous? I just need some kind of Ice Planet Hoth background to take some proper photos. 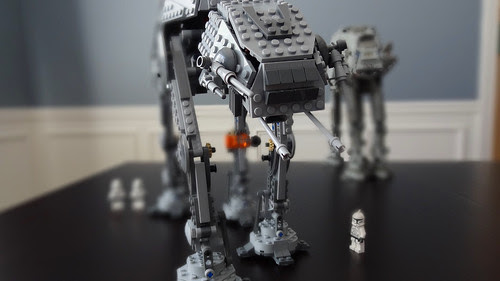 The second in the series. Luckily, Lucy is a very tolerant little kitty and she matches my Burberry perfectly. 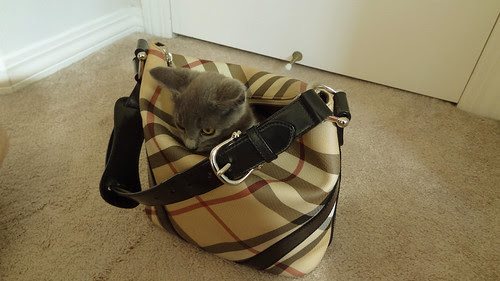 Occasionally, we'll find some LEGO on Craigslist. Apparently, it's useful for buying other items such as furniture etc but James and I have only ever used it to buy LEGO. I woke up Saturday morning and decided to see if there was anything interesting. 30 minutes later, we were en route to Vancouver, WA.

A somewhat annoyed father was selling off his son's collection. "I've spent thousands of dollars over the past few years on LEGO and now he just wants to play computer games". A little boy's trash is a middle-aged man's treasure. James circled the items for sale, hardly containing his glee.

We left with 3 retired Star Wars sets and about 20 lbs in loose LEGO for around $260. Just one of those retired sets originally retailed for $120 and now sells used for over $180 on eBay. So, well worth the price.

First thing we did was clear the counter so everything could be washed. Anytime you buy LEGO not from the store, we recommend you wash them immediately. You never know what kind of environment they've been in: kids' mouths, smoke, pets etc. 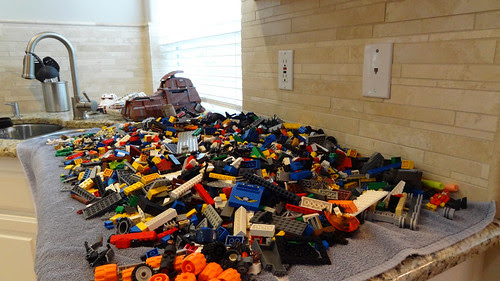 Just rinse the bricks in warm, soapy water. You can also use the dishwasher and place everything in laundry bags so they don't spill out. Spread them out to dry. We used our dining room table because we wanted to sort in comfort.

James pre-sorts the LEGO, starting with the largest pieces and placing them into bins. He'll go back later and further divide them into individual containers. 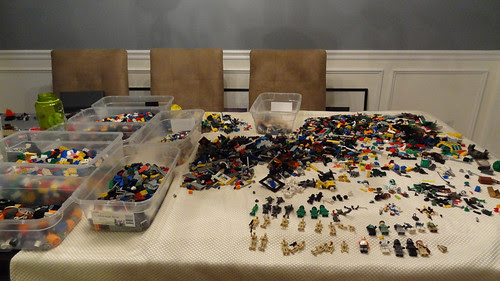 This might look like a pain in the butt to a lot of people but for James and myself, it was a great, great Saturday.
Posted by Toki at 6:01 PM No comments:

Once you go DSLR, you never go back. Right? Not quite. Although truthfully, when I first got my Canon Rebel, I was so amazed by the range of features that I wanted to throw my Point and Shoot in the garbage. But I didn't because it was super small and therefore portable and it had video. Terrible video, but still.

I'm eventually going to upgrade to a Canon 7D but James won't let me until I take some classes and actually learn about aperture, exposure etc. I don't blame him. Meanwhile, we have a new kitty in the house and that demanded some HD videos. Thank goodness for the internet - a few hours of research, we decided upon the Sony Cybershot DSC-HX9V.

All of the Lucy videos have been taken with the new Cybershot. And I've just started playing with some of the advanced photo modes.

Look! Aperture settings! Well, kind of...you can select background blurriness from low, medium to high. Not quite the same thing as setting the f-stop to an exact number but this is super quick and fairly idiot proof. The quality of the photo speaks for itself (I dusted that table after each shot - the dust particles in 16 megapixels look gigantic). 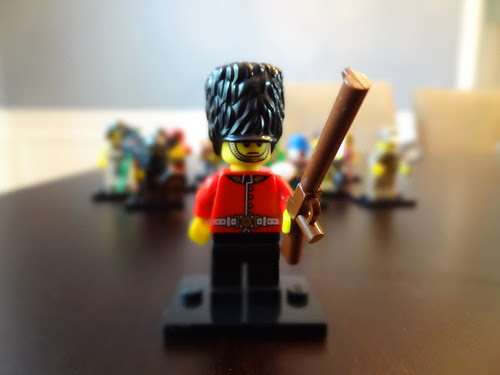 Also, settings like "Low Light" take a lot of the exposure guesswork out. This was taken at 5:30 pm in our dining room with some overhead lighting but it looks like it was taken in daylight.

Oh, and this is how we organize our Lego. Down to each individual element and color. All of these containers, labeled and organized by group - they bring a smile to my face. 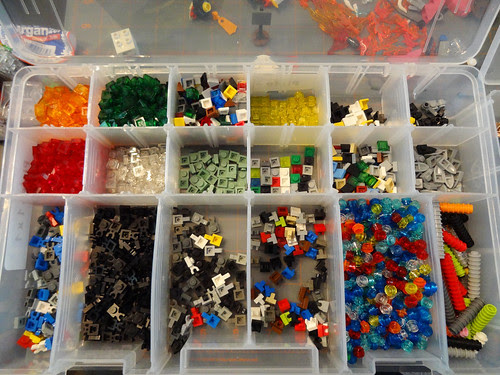 I still plan on getting the 7D but this little camera will be a perfect complement.
Posted by Toki at 5:23 PM 1 comment:

In addition to the billion videos of Lucy, I've decided on a new series called "Lucy in a..." It's pretty self-explanatory. I'll be putting Lucy in things until she is too big or gets impatient, whichever comes first.

I present, Lucy in a Hat.

She's a completely different kitty now. Much more comfortable in her surroundings and so very, very affectionate. Her favorite thing so far is just to lie in our laps and nudge us for petting. And now that she's less scared and nervous, she's started to play and explore which has eased the boy's mind.


And lest we forget, there's one other resident in the house who wanted to show off his awesome red dot chasing skills. This is our cowkitty, TJ.

Lucy In The Sky

**update: She tucked into my lap and finally, finally purred. Music to my ears. **

After much debate, we brought home a tiny furball to love. It's been a sad few years watching our home go from three kitties to just one - TJ has been rather lonely.

And I've had kittens on the brain for months and months. We went over the many, many cons of bringing in such a young cat at this point (oh the furniture!) but then we went to the Oregon Humane Society and that was that.

We spent time with dozens of little kittens, some shy, some extremely hyper but I kept coming back to this little girl. James thinks it's going to be a tough adjustment for the both of us. She's too quiet, she's too shy, she doesn't purr, she doesn't seem to play. But she is calm and sweet and I would much rather live with that then a little furry Tasmanian devil.

And tiny...teeny-tiny-weenie. Her yellow stuffed companion is about the size of a paperback book.