We've been working on creating a system for organizing and storing our LEGO for quite some time. Apparently, we can't keep them on our dining room table forever.

We've gone through several iterations of storage techniques including using large plastic bags to house the different sets. Although James was perfectly content with the plastic bag option, I was not. They were difficult to stack in the closet and they looked messy.

I thought small plastic bins would work better (super cheap at the Dollar store) and subsequently upgraded our labeling system. Each bin now has a label with the corresponding set name, LEGO ID number and the pièce de résistance -- a small picture of the completed model (oh so helpful for people like me who don't automatically know what Luke's Y-Wing Starfighter looks like, right?). 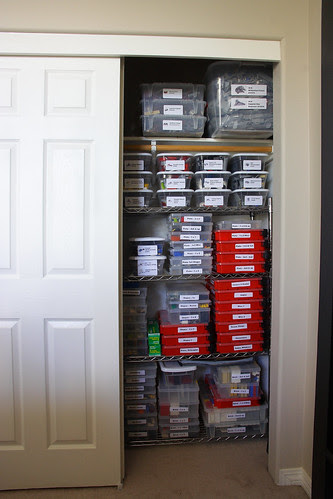 Although he wasn't initially keen on using the plastic bins for the sets ("why fix something that's working?"), we both agree that this works and looks sooo much better. 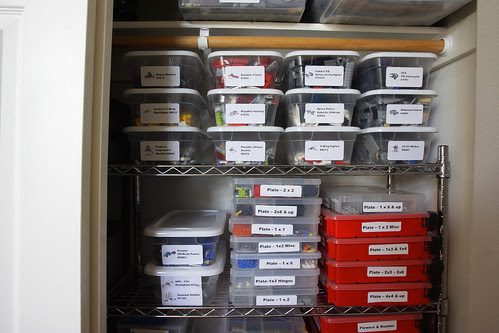 The bags still come in handy for the super Ultimate Collector's Series sets. Having that much loose LEGO in a giant container is just a recipe for disaster. 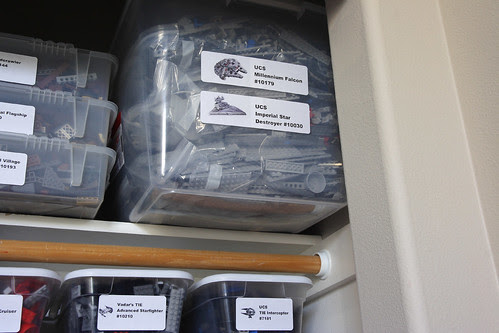 Instruction booklets have been classified by categories and stored separately. 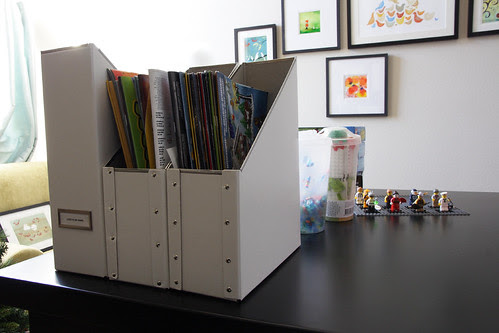 We still have a ton of LEGO to sort through and organize - there's more on the other side of the closet that needs work but even this process is enjoyable but then again, we're odd.

Next up, how we store the different Minifig series.
Posted by Toki at 5:23 PM 6 comments:

James asked me what I wanted to do for my 40th.

A quiet evening in with my favorite boy and that's all.

So, we watched a bunch of classic TV shows and spent the day laughing. And then we went for a drive in my present.

A perfect day. Was there cake?