It feels a bit like an undecided woman around here. Snowing one moment, hailing the next, followed by hours and hours of sunshine.

This morning, we woke to fluffy snow. I'm sure our plants were thinking "What the hell?!"

Driving by all the blossoming cherry trees, it looked as though they were shedding their flowers... petals flying everywhere.

By mid afternoon, the sun melted everything away and all is green again.
Posted by Toki at 3:33 PM 3 comments:

I was working in Home Depot, supervising the placement of different pallets when I stopped to think, "Wow, this dream totally sucks". How could it get worse? Anyways, as I was pointing to an upper shelf, I got punched in the boob.

SON OF A BITCH. I mean, I really got punched in the boob. Picture a giant ham hand flailing around and then punching/clawing as it landed.

The boy woke up all sleepy and groggy. "Ack, sorry hon, I was dreaming. I'm sorry." Note that his eyes don't even open fully.

"I'm sorry. I was having a nightmare that I was falling off a waterfall - I needed to grab onto something."

Don't worry though. I got my revenge when I made him watch Blades of Glory tonight. I had zero expectations for this film and it delivered. A 90 minute romp of silly, jaw-droppingly uncomfortable and ludicrous gags. 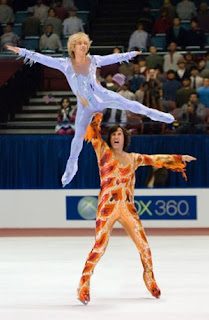 p.s. I also accidentally jabbed him the nuts so we're really even now.
Posted by Toki at 9:00 PM 2 comments:

For people too lazy to organize and man a garage sale, Craigslist is a great tool. Part of our Spring cleaning binge involves selling off furniture and basically anything that's not bolted down. It's been cathartic.

I was a bit leery of using the site at first... I kinda got the impression that it was dumping grounds for crap people didn't need anymore. But then I realized, "Hey, that's what it is - a virtual garage sale!" Extremely convenient and rather profitable, in just a few weeks we have more space in our house and over a $1000 burning in our pockets. And I've just gotten started.

So, you'd think this would be easy - post a picture, set a reasonable price, describe the item accurately and presto! But I was amazed at some of the ads I've encountered. Here's a few helpful hints: 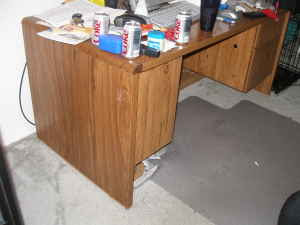 2. Post a picture of the item that's not covered in crap like this desk. I was amazed at the sheer number of photos with piles of clothes, garbage, wires etc surrounding the object. Also, dusting/cleaning said object is a nice touch.

3. Do some research on comparable items currently being sold. I was surprised at how low some of the items sell for but this is a virtual garage sale. Getting top dollar shouldn't be your number one priority. I look at it as a garbage pickup service that pays me!

4. Include things like "FIRM or OBO" with your asking price. I'm pretty firm on the prices that I've posted but I forgot to include that in the ads. This apparently was an open door for hagglers worldwide. I had one such phone call last night:

One time, someone came to pick up our old 4 poster bed and was $20 short because her ATM ran out of money. This is a common gambit - the last minute, forced-hand haggling. Now I know better. I'll just smile and shut the door next time. "Fine lady, you've probably spent $20 in gas just driving your Chevy Suburban over here from the other side of the river. Sorry it was for naught."

5. Spellcheck/proof your ad. I guess this is a personal pet peeve of mine. What the hell is a "non pet smoking home"?

6. Don't go into the whole personal history of why you are selling said item (put that in the rants/raves section). People have included entire stories of how their spouse cheated on them and they're selling this stuff for cheap to spite them or they're currently in a gambling or shopping support group and they need to pay their bills so that their orphaned children [ed. I thought that was an especially nice touch] can eat.

7. Arranging a time to view/pick up the item. Don't say things like "No, that won't work for me, I won't be home ..." I'm super paranoid so advertising to strangers when my house will or will not be vacant is a bad idea. And if they ask for directions - "GOOGLE IT". You're obviously aware of this thing called the internet. Google it.

8. Lastly, some stuff is just too ugly to sell. Give it up. 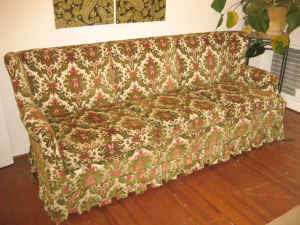 I think James has caught some of my Spring fever. For the last few weeks, we've been steadily emptying the bookshelves and selling off our books at Powell's. I didn't realize how difficult this would be. The logical side argued that we'll never read these books again and they're just a waste of space.

But the book-lover in both of us kept saying, "But... but... they're my books!" It also pained me to see the book depreciation - hardcovers in perfect condition originally bought for $35.00 now command a dollar... a whole dollar.

Later, the boy took my slightly grumpy self for a scenic drive. It really does look like this on every corner. This place is disgustingly green and bursting with flowers.

We also dropped by Voodoo donuts but alas, they all got consumed before I was able to take a photo. I turned around for a moment to put my seatbelt on and poof! they vanished.
Posted by Toki at 5:06 PM 4 comments:

When my hand cramped up while doing some artwork on the computer, the boy suggested I look into replacing my mouse. I did some research and in the end, I bought a Wacom Intuos.

There is definitely a learning curve since the stylus requires more hand movement than the mouse does. And I found it works much better in front of me, angled ... just like you would draw on paper.

I still use my mouse for every other application but this Wacom stylus is amazing for Photoshop. Here's my first official test drawing which took me about 10 minutes. 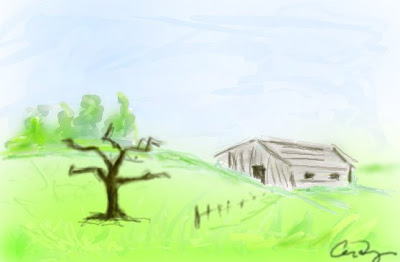 The mere thought of attempting this with a mouse gives me carpal tunnel.
Posted by Toki at 3:37 PM 2 comments: 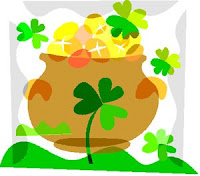 Now, I'm not Irish but any holiday featuring tiny, prancing men and rainbows is good in my book. Despite my all-black wardrobe, there's to be no pinching here. I'm wearing my green on my blog. It counts!

And while we're speaking of green and pots of gold, hold onto your hats and 401K's. It's going to be a bumpy ride this week if you've been following the investment community. As a general rule, I try not to bring too much serious realism in my posts but this whole Bear Stearns/JPMorgan thing is huge.

I just want to say... whoever thought it was a good idea to give loans to people with no/bad credit, no downpayment, and no source of viable incomes should be shot.